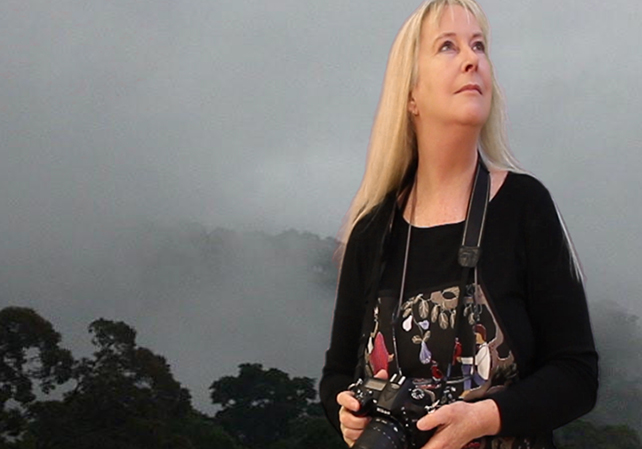 Her international reputation has grown through interdisciplinary collaborations of art and science exploring landscape and nature to create site-responsive artworks examining the amplified response that a physical engagement with the natural environment has the power to evoke.

She has been selected as a finalist for the: 2021 Adelaide Perry Prize for Drawing, 2021 Nillumbik Prize for Contemporary Art, 2020 Heysen Prize for Landscape, 2020 Hurford Hardwood Portrait Prize, 2020 Fisher’s Ghost Art Award, 2020 Elaine Bermingham National Watercolour Prize in Landscape Painting, 2020 Basil Sellers Art Prize, 2020 Percival Portrait Painting Prize, 2020 Mandorla Art Award, 2020 Adelaide Perry Prize for Drawing and 2019 Semi-Finlast in The Lester Prize for portraiture, finalist 2019 Ravenswood Australian Women's Art Prize and in 2018: for the BOAA, Biennale Of Australian Art, finalist in the (JADA) Jacaranda Acquisitive Drawing Award, Waterhouse Natural Science Art Prize and finalist Ravenswood Australian Women's Art Prize. In 2017 her work was acquired for the Parliament House Art Collection Australia and she was a finalist in the KAAF, Kilgour Prize and the Ravenswood Women’s Art Prize. In 2016 her moving image work won the Noosa Art Award and was a finalist in the Heysen Prize for Landscape. Her moving image work ‘Presence’ was a finalist in the Mandorla Art Award and acquired for the St John of God Healthcare collection, Australia. In 2015 her video ‘The Sun Worshipper’ was selected for the Byron Bay International Film Festival and was a finalist in the Whyalla Art Prize. In 2015 her drawing ‘Awaiting Discovery’ was the recipient of the Kedumba Drawing Award. In 2013 she was a finalist in the 'Australian Art in Asia Awards’ recognising her ongoing commitment to international collaboration. Her film 'The Traveller’ won the Animation section at the 2010 International Film Festival, Ireland and her moving image work ‘Verse Versus’ won the 2009 Australian Historic Houses Trust, Meroogal Women's Art Prize. In 2009 her narrative painting ‘Brave Hunter’ was chosen as the iconic Australian image for the cover of ‘A Concise History of Australia’. In 1998 she received an International Women’s Day Award for contribution to 'Women, Art & the Community'.

In 2019 at the Museum of New Art - MONA in Estonia she showed ‘Marooned’ a series of compelling intimate thematic installations. These works address nature, ecology, history and environment, embracing art as a way to pursue meaningful international conversations and exchanges. Whilst in Estonia she gave public lectures with scientist Peter Dalmazzo at the Matsalu Nature Film Festival and received an award for her exhibition 'Marooned'. In 2019 she co-authored a chapter in the Irish publication “from dream to dream - where science meets art”. She created a new body of work for the Art of Threatened Species Exhibition at the Western Plains Cultural Centre in Australia. She was commissioned in 2018 to collaborate on ‘Art, Ecology and Science Project’ in USA and Sweden. Read the Art, Ecology and Science publication

In her exhibition Promiscuous Provenance which toured 2018 – 2021 she indulges her perpetual curiosity to lead her back in time to an intersection of worlds by re-interpreting images of the Australian colonial painters. These artworks express a nostalgia for an antipodean wonderland before the imprint of colonization was stamped over the landscape and its inhabitants - a world of fantasia, a place on the cusp of reality and imagination, populated by bizarre reimagined hybrid characters and featuring strange natural history tableaux. Promiscuous Provenance has been awarded a major grant from the Australian Government's Visions of Australia program ($75,502), towards the Shoalhaven Regional Gallery national tour the solo exhibition, taking the work to a regional and national audience through to 2021 - 10 galleries across QLD, NSW, ACT, VIC and SA.

Her moving image works have gained international awards and recognition: ‘Antipodean Nocturne Extinction’ was a finalist in the 2018 Heysen Prize for Landscape, 'Cane' won the Noosa Art Award in 2016, 'The Traveller’ won the Animation section at the 2010 International Film Festival Ireland and was selected as the premier work to launch the Albury Regional Gallery 2011 Outdoor Digital Gallery. In a unanimous decision by the judges, her digital video artwork ‘Verse Versus’ won the 2009 Australian Historic Houses Trust, Meroogal Women's Art Prize.

She has been included in the following publications.

She is a member of various professional bodies including the She has completed many commissions such as the year 2000 Millennium Sculpture Prize which is part of the collection of the Shoalhaven City Arts Centre. Her artist in residence includes those with public galleries, museums, government departments and in industry.

Her book, Strange Memories, is sixty pages featuring twenty five of her paintings. It explores the resonance of a journey in time through word and image.

“I strive to create visually poetic work investigating the connection between humans and nature, land and place, the physical and the ephemeral - places where nature, history, allegory, myths and characters combine and intersect." 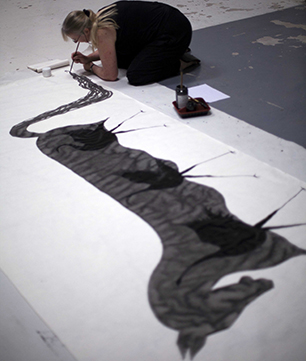