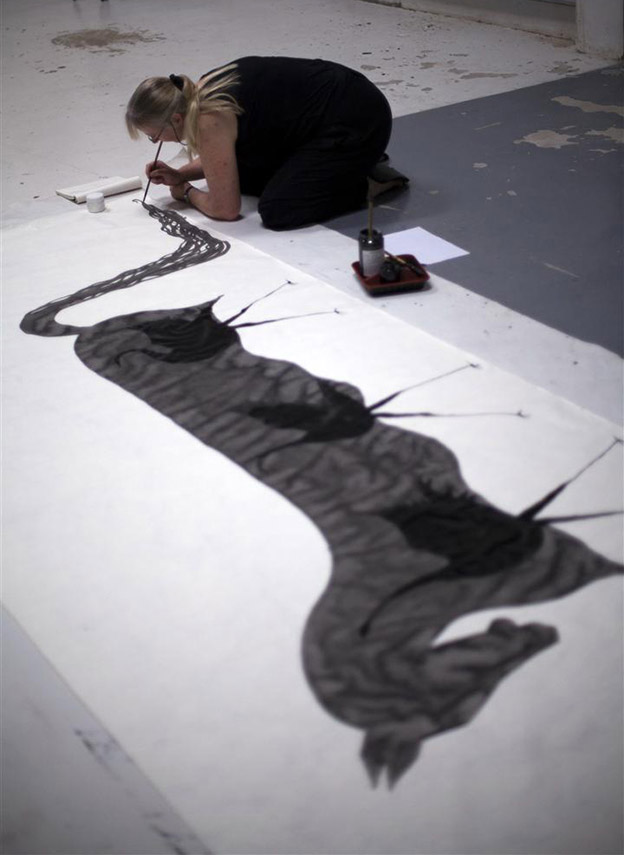 The Australian Arts in Asia Awards recognises, celebrates and promotes the significant number of Australian artists engaging in Asia that contribute to stronger, deeper and broader cultural links within the Asian region. The finalist and winners will become a showcase of best practice arts and people-to-people engagement in Asia. They will be used as case studies to promote further engagement in Asia by other Australian artists and promote the importance of cultural diplomacy with Asia, as highlighted by the Australia in the Asian Century White Paper.

The Awards will help promote the Australian Government’s commitment through the Creative Australia national cultural policy that artists and arts organisations will increasingly engage in cultural exchanges and build collaborative partnerships with overseas counterparts.

The Hidden Worlds exhibition in Beijing in 2012 was an artist-initiated project by contemporary Australian multimedia artist Anna Glynn. It was the culmination of a number of years work by Anna Glynn in China and was included by the Australian Embassy as part of the celebration of the 40th anniversary of Australia-China diplomatic relations.

Anna Glynn was selected as a finalist in the inaugural 'Australian Arts in Asia Awards' in two categories: Visual Arts and Individual, for her Hidden Worlds Exhibition in Beijing, China. The awards recognise Australian artists and arts organisations who contribute by enhancing Australia's relationship with Asia.

“The engagement in Asia isn’t simply an exposition of Australian creativity. The work of our artists is being affected by Asia just as artists who have moved here from parts of Asia are seeing their art affected by Australia,”

“This artistic influence is now at the cutting edge of much of Australian creativity.”

Finalist in the inaugural