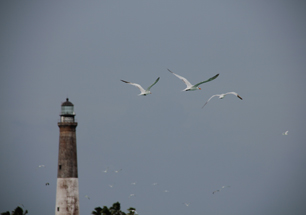 Exploring the boundaries where art and science meet - Anna Glynn artist and Peter Dalmazzo biologist focused on collecting audio, photographs and video in the inspirational environment at Loggerhead Key, terrestrial and aquatic, in a variety of ecotypes, in nature and in human environments. These evolved in response to the environment, reflecting the character of Loggerhead Key as a place, both in its harshness and its beauty, its complex and elegant natural rhythms and patterns over the course of thirty days. 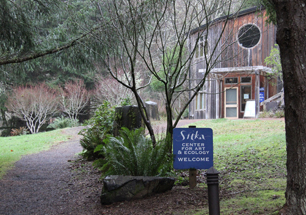 Multimedia artist Anna Glynn and biologist Peter Dalmazzo teamed up at the Sitka Center for Art & Ecology in Oregon, USA. In an interdisciplinary collaboration they explored the Sitka landscape – a place where land, estuary, sea and sky meet. Working together as well as individually they created material reflecting their respective disciplines – a marriage of science and art. 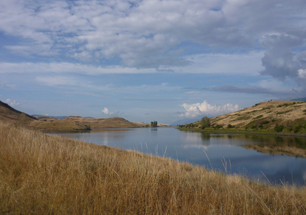 A collaboration between art and science in which multimedia artist Anna Glynn and biologist Peter Dalmazzo teamed up for a interdisciplinary project exploring and recording the sounds of the Okanagan landscape. They collected field recordings throughout the environment, above and below water, terrestrial and aquatic, in a variety of ecotypes, forests and grasslands, in nature and human environments. 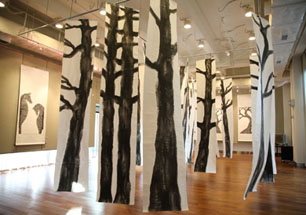 I was Artist-in-Residence in the Department of Visual Studies, Lingnan University, Hong Kong undertaking research, lecturing, developing new works and mounting the Wonderment exhibition at the University. Lingnan University was a key location to develop and expand the MEAOW Project and provided an environment where I had the opportunity to discuss, share and filter ideas - a stimulating place to process, create and experiment with methodologies, collection and presentation concepts.

The MEOAW Project is a socially engaging, artistic interaction which explores commonly recognised animals across cultures through the onomatopoeic sounds that humans assign to them and the way that we as humans interpret them. It is an artistic invention exploring sound mimesis, the intersection of language and perception, and language reflecting nature.

In 2013 I was awarded an artist in residence at Kunstnarhuset Messen in Norway where I created artworks that responded to the natural environment around Ålvik using a multimedia palette: drawing, painting, photography, video, time lapse moving image, digital animation and sound. During my residency I collected, recorded and experimented with materials and collaborating with the wonderful community members.

Working on the MEOAW Project with locals we had some interesting times comparing language and reflecting on the universal possibility in all languages. The front lawn became a natural greenscreen for video where I played with the natural materials showing through the video - dandelions, dried stalks of grass etc 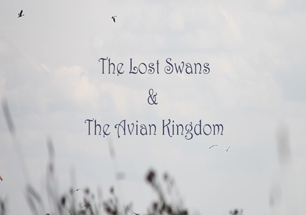 In 2012 I was awarded an Avian Kingdom artist in residence in Sweden through ARNA. The Avian Kingdom is to become a UNESCO biosphere area. I worked in collaboration with scientist/biologist Peter Dalmazzo and spent time observing the local wildlife and birds, creating drawings, photographs, recording sounds and video.

I created a new video work called ‘The Lost Swans & the Avian Kingdom’ which references local stories and myths blended with the natural surroundings. This was also a great opportunity to collaborate with Swedish contemporary artists and Swedish composer Mats Edén.

Michael Shirrefs talks to us about our experiences on ABC Radio National, Weekend Arts.