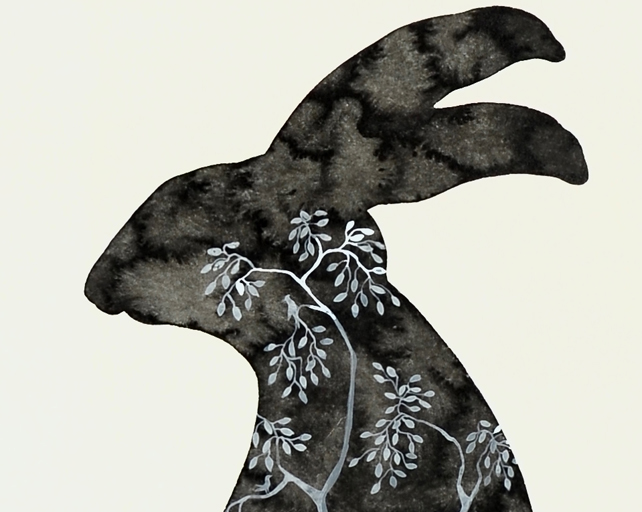 "Active in the emerging Australia - Sino art scene with her home studio perched in the rainforest at Jaspers Brush , Australia, Anna Glynn has worked and exhibited extensively in China. With her frequent exposure to China, Glynn uses the advantageous contingency of both countries to create a body of work with a universality of appeal in line with current concerns centering on environmental precariousness. There are states of mind that seem personified by a visual that seamlessly marries sensibilities from each culture.

Anna Glynn broaches the diversity of being in the animal world through simplified characters, filled with semitransparent layers which are then presented as elegant scrolls, making animism a friend rather than a foe. Glynn characterizes the animal with recognizable human traits providing a bridge between a complex sophisticated take on the otherness of species with a more child-like, approachable rendition. She has referred to her creations as “hidden worlds”.

Glynn calls forth the white from the black, the light from the heavy, the delineated from the suggested, and allows a broader range of interpretation. Like Dylan's lyrics 'She can take the dark from the night-time'."

My works are hybrid in concept, creation and execution, fusing Eastern traditional materials and techniques with a Western aesthetic. Through this combination of ideas I am creating new tales of contemporary myths and characters – a merging, intersection and interpretation of cultures and ideas.

These playful, allegorical works carry diaphanous layers referencing tales of relationships in nature. In some paintings tall stately birds act as puppeteers directing characters and events - moving within and beneath the layers. Throughout, these poetic works rely on the natural materials - a sweep of a traditional brush laden with Chinese ink - precise but random - water and ink – control and flow - duality of materials.