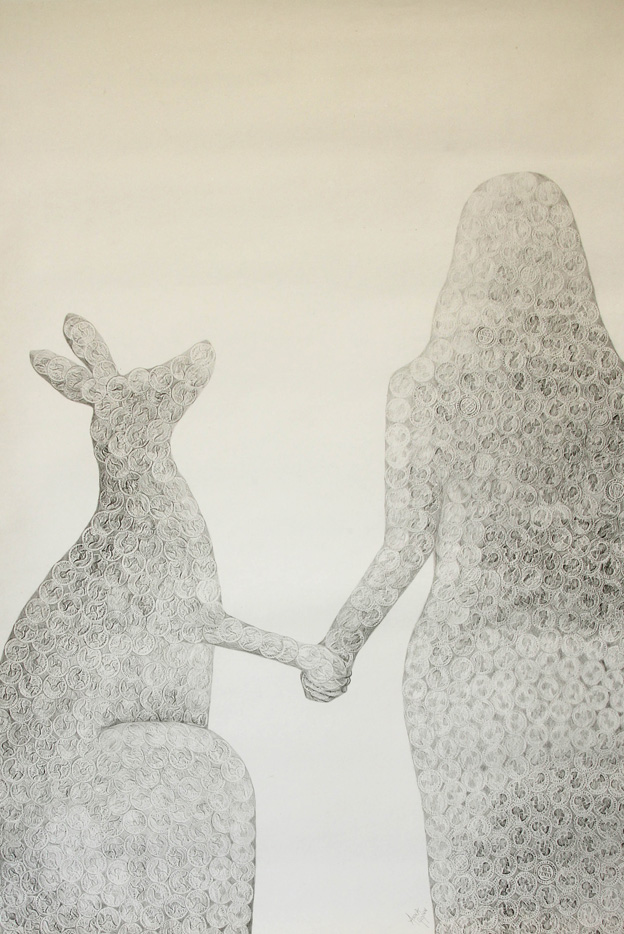 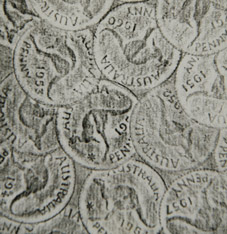 My artwork 'Skippy & I - The Kangaroo & the Queen' has been selected as a finalist in the 2013 Nillumbik Prize at the Barn Gallery, Montsalvat from 13th June – 25th August.

I have then portrayed myself as ‘The Queen’ using the flip side of the coins which features Her Royal Highness, Queen Elizabeth II.